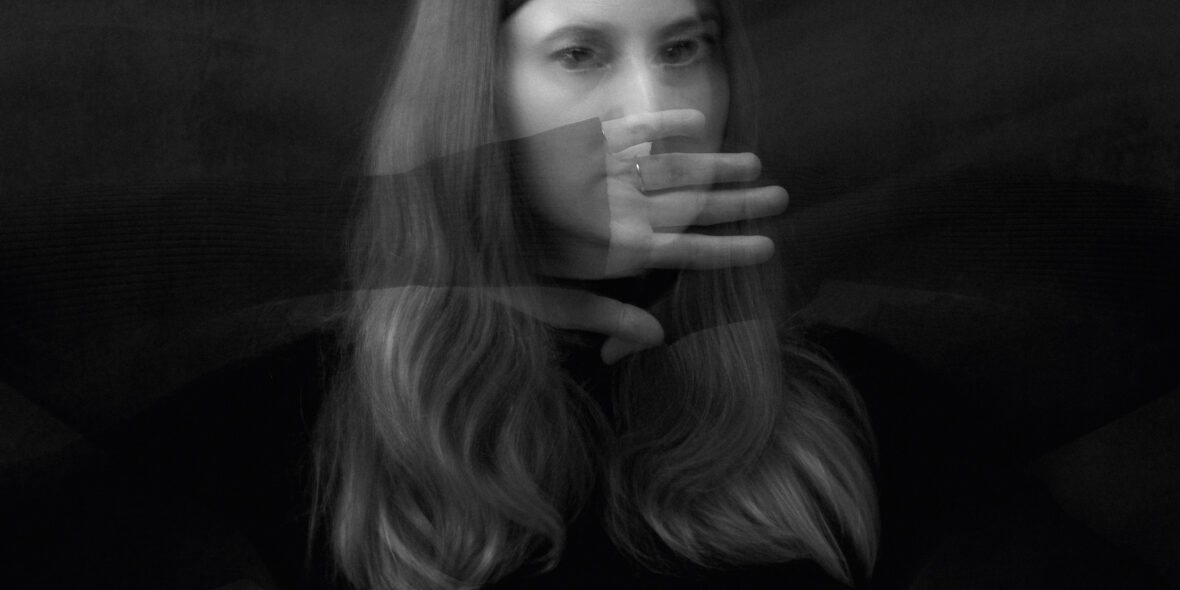 Kristina Jung is a peculiar woman. Her light-flooded voice tells of gloomy demons in the morning after, the horror of love or the thoughts of a dead fetus in formaldehyde. At the same time, she mocks the cliché of the morbid folk musician.

Her origins are in singer-songwriter folk; in beautiful, blackly romantic melodies. It sounds like folk, like country and sometimes even like classical music, but never like country house romance or staid hippiedom, but rather like urban canyons, walking home at dawn and ironically shrugging her shoulders in the face of the impositions of modern life. Always urban and with a smartness and coolness reminiscent of Joni Mitchell, from whom she also covers a piece (The Priest). And somewhere in the background Michel Foucault is loitering.

Kristina Jung produced her debut album Care & Explosion herself, for four years she realized maximum musical and artistic autonomy: indulgent strings meet shrill synths, the heartbeat of her unborn daughter becomes an electronic soundscape, epic choirs lead us to the altar of a dark basement club. She recorded the album, according to her own statement: “everywhere and under all circumstances. In the bedroom, in the studio, in unheated rehearsal rooms; pregnant in the ninth month, with baby on her back, alone, in the circle of my girlfriends and friends.”

Two songs by Kristina Jung have already been released in the cosirecords environment. One is her eerie version of the Heimatschnulze Köhlerliesel from the soundtrack to the anti-homeland film Die Übriggebliebenen. And on the Gruselthon sampler My Universal Hammer she is represented with her cover of Blue Oyster Cult’s Godzilla. Now comes Care & Explosion on vinyl in a fold out cover in an edition of 300.

By continuing to use the site, you agree to the use of cookies. more information